When the Marvel Universe is rendered super power-less, it's up to Tony Stark to save the day by dressing his friends in sentai-inspired power suits in Avengers: Tech-On. Marvel Comics Digest #7 Writers: Stan Lee, David Michelinie, Joe Caramagna and others Artists: Jack Kirby, Don Heck, George Perez and others Archie Comics; $6.99 It was a team-up that was at least as unexpected as that of Superman and Spider-Man in 1976, when they joined forces against Lex Luthor and Doctor Octopus: Archie Comics, […] All-New, All-Different Avengers Vol. 1: The Magnificent Seven Writer: Mark Waid Artists: Mahmud Asra and Adam Kubert Marvel Entertainment; $19.99 Rated T+ The title of the current flagship Avengers comic may be a mouthful, but it could probably do with one more word if it was going for total accuracy: “Almost.” That’s because almost every […] 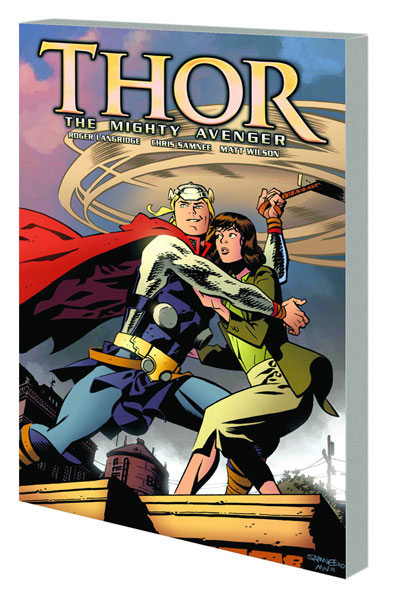 As we count down to May 4th – the release of the Avengers feature film, let’s take a look at another version of the Avengers from Marvel Comics’ animation division. With the debut on April 1 of the Marvel Universe block on Disney XD alongside the highly-anticipated Ultimate Spider-Man animated series, the true gem of […]